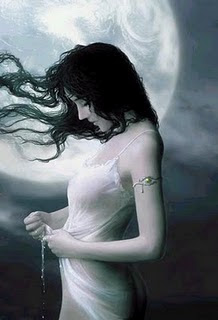 My friend Christine Bryant at came up with another fun writing challenge! To create characters from a picture. It was so much fun I had to post it.
I'd love to know what you think of the characters I created.
Here are the guidelines:
Choose one or both and tell me about them. Give them a name, a back story and a genre. What's their story? What conflict would you give them? Are they strong or weak? You can be as brief or long winded as you like.
Here is what I came up with:

Nayla Anderlon turns 18 years old tomorrow. It will be the best day of her life. With her dark green eyes with fleck s of gold, long beautiful black hair she is hailed as the most beautiful young woman in all the land. She is kind, loving, intelligent, and feisty. She is regal in her height at 5’9. As High Princess of the Country Zandria she is about to take over the throne as her father steps down upon her wedding in the morning. She will marry her handsome best friend and adjoining kingdom’s Prince Zachariah Crofters and she will then have everything she ever dreamed in her life. She has grown up in the shadow of great love and affection and she is cherished by her country and her kinsmen. All would lay down their lives for her. She has been trained all her life to be the leader of her country, to rule with love and mercy. She has learned all the skills needed to be a high princess, and knows she was ready to step into her father’s shoes and her new life beside the young man who was dearest to her.
The night before she turns eighteen, an old kind woman approaches her while she is strolling along the edge of the forest and gives her a gift. “For the beautiful new queen”, she say. “It is from the heart of those who look to keep you safe, a token of their love.” Surprised by this beautiful unexpected gift she smiles and hugs her gift giver and slips the elegant necklace of gold and silver interspersed with amethysts and sapphires over her head. “It’ll protect you dearie” the old lady says with a knowing smile. Confused she looks up to ask the woman, “To protect me from what?” Only to find the old woman gone in the swirling mists surrounding her.
As she goes to enter the castle doors, she is covered by a burlap sack, quickly tied closed by rope and unceremoniously thrown over the back of a horse before she can even get a scream out. Struggling to be free, she kicks and squirms, but the grunts she hears are the only indication that she has from her abductors. She works to slide off the horse only to be dragged back on, as the horse gallops through the night away from all her dreams.
Nayla is now faced with how to escape and return to the kingdom she loves, looks to defy her captors at every point, and discover the power of the necklace that was given to her by the old woman to protect her in her darkest hour, and the strange powers that she discovers she possesses. But as she works to find her way home, back to her country and the man she is to marry, she discovers that home may not be what and where she always thought it to be and her heart may not belong to who she thought it did after all. All while discovering dark secrets about herself and her country, she stands tall and strong in the face of them all.
This is a paranormal ya romance of how a young girl discovers the strength to overcome, understand who she really is, and finding the courage to face herself and follow what her heart tells her. 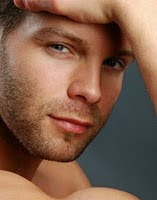 Jeremiah Manfield is 18 years old and wise beyond his years. He is intelligent, cunning, strong and handsome. He has dark blue eyes and short tawny hair, a perpetual five o’clock shadow that drives him crazy and an easy laugh. He is tall, over 6’4.He is the rebel leader of the underground movement to stop the union of the countries of Zandria and the adjoining kingdom Rastreinghton. He is the first born son of the king of farthest adjoining country Northrolun, a country that has been stripped of all honor because of the rash decisions of other sovereign rulers who seek to take their lands, and ignore their royal standing. Jeremiah knows it will spell disaster for all kingdoms if the union between Nayla and Zachariah happens. He plots to kidnap the princess to prevent this from occuring, but the window is short and he has watched Nayla carefully to find where the slip in her routine may be. He must put his life in jeopardy and all his men in peril against the evil kingsmen who would stop at nothing to see the two countries united so that they might control the prophecy of the one who holds the Power of Light that is said to be found in the first daughter of the King with no sons in the uniting of kingdoms. He knows that Nayla is the first daughter of a King with no sons in over five hundred years throughout all the surrounding kingdoms and that prophecy is about to be fulfilled when she pledges herself to Prince Zachariah in the morning on her 18th birthday.
He carefully calculates the walk she takes every night along the edge of the woods along the same pathway at the same time every night. He misses the time he is supposed to take her because his horse throws him just at the edge of the forest sending him landing none too kindly on his butt just yards from where the preplanned point of capture is to take place. Angered at his horse for ruining his chances of snatching her quickly without chance of detection from the pathway by the forest, he must quickly devise an alternate plan. Glaring at his horse, he decides to risk all and sneak onto the castle lands, and wait for her as she enters goes to enter the castle. He captures her with great speed and whistles to his horse that arrives instantly beside him, he throws her over the saddle and climbs behind her and rushes off into the cover of the woods.
He takes her deep into the woods far from all the countries to the wild unclaimed territories, fighting the whole time to keep her on the horse as she struggles to get free. Once he reaches his destination, he must find the truth of Nayla’s part in the deception, and decide how to keep the underground movement strong as he fights to subvert the evil kings men and keep Nayla from being recaptured, and taking the throne with Zachariah. As he learns about her, he finds that he cannot deny his strong feelings for her, even as she professes herself pledged to the Prince she is to wed.
Jeremiah finds he can help her and gain her trust if she will listen to him as he tells her the truth that has been kept from her all her life. He wants to help her, then he finds that in spite of all his attempts to prevent it, the prophecy cannot be stopped after all. As he watches the power consume Nayla who is powerless to prevent it, the Power of Light takes over her body. Jeremiah now must help Nayla learn how to control her powers that she holds that have been foretold for centuries and keep her safe from those who want her power. He helps her see how to let the necklace of protection can help her as the darkest secrets are uncovered. He must guard himself and most especially his heart as he helps her to understand the prophecy and her part in it.
This is a paranormal ya romance about a boy destined to rule a country but instead finds he must stop a terrible prophecy from being fulfilled to save everyone from those who would twist it for their own purposes even if it means kidnapping a princess and putting his life and those who pledge their allegiance to him in jeopardy. Only to find that there is more than he could have ever expected to be gained and lost along the journey.


Thanks Christine for the great time, you can visit her at http://http//christinebryant.blogspot.com to see what other people came up with, maybe you could make up something exciting and fun with the same challenge!
Posted by Debbie Davis at 5:43 PM

It sounds like you had a great time! That was a fun contest!

Debbie - The two characters are very detailed and sound delicious! Get writing. =D

thanks Rebecca and RaShelle =0) it was so easy and it all just came to me. Weird huh?

huh, I don't know whom I like better Nayla or Jeremiah, as Shells said above they both look and sound delicious :)

Thanks so much Dezmond, that means a lot to me! I really respect RaShelle's opinion! I can't wait to get going on them =0)