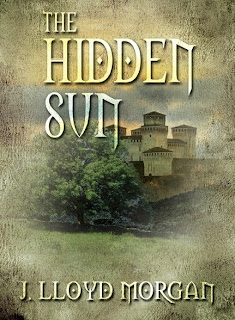 Synopsis:
The HIDDEN SUN is about a princess who was born to become the ruler of the land at the age of 21. A contest called the Shognoc is held every twenty-one years. This time, the winner will get the chance to become the next King and rule by Princess Eliana's side. All the surrounding lands are invited to send their best representative to participate.

There is talk that Daimh, the son of conniving and scheming Governor Abrecan from the land of Erd is the favorite to win, with his dark, handsome looks and amazing strength. Many think it is a sure bet.

But in an unexpected twist, Eliana falls in love with her personal guardian Rinan and wishes to step from the throne and walk away from her title as future Queen, to be with the man she loves.

She is convinced that if she steps down, the throne will fall into the hands of corrupt leaders and magistrates. The Kingdom of Bariwon could fall into the hands of those who would rule without justice. She is torn between what she must do. Does she follow her heart, or does she step into the role she was born to fill?

A plan is devised to allow Eliana to remain as Queen and stay in power to insure a kingdom ruled with fairness. It also allows her to marry Rinan, the man she loves. As the plan goes forward, no one can anticipate the aftermath that follows such an unprecedented decision. Neither can anyone predict how the consequences would effect the entire kingdom of Bariwon for years to come. To reverse those consequences would be a daunting task, one that might not be a possibility. 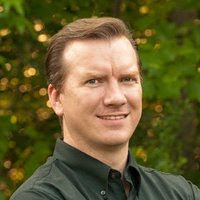 Author J. Lloyd Morgan is an award-winning television director. He graduated from Brigham Young University with a degree in Communications and a minor in English. Morgan has lived all over the United States, but now resides in North Carolina with his wife and four daughters. He is currently working on a sequel to THE HIDDEN SUN.

I always look forward to stories that take me away to another land, a place where life is different and times are far in the past. To be carried away by a beautiful heroine and a handsome hero with romance splashed in. Ahh, heaven! THE HIDDEN SUN had this and more.

I fell in love with Eliana and Rinan right away. I wanted their love and happily-ever-after to work out. They were so pure and wholesome and cared for others more than themselves. They were so perfect for each other. They go forward with a plan that allows them to be together.

But the contest had to go on, and the book The Tome of Laws decreed that the winner marry the next in line to take the throne. Daimh was favored to be the next King to rule beside Eliana. He is good-looking and strong, but not always in the right ways. His father the, Governor of Abrecan, plans to use his son as a pawn for his unjust agenda.

Meanwhile, there is a mystery discovered in the Tome of Laws that must be unraveled. It is a key that will unlock the course of the future. It becomes a race against time as the Governor and his evil minions work to ensure that no one ever uncovers the truth.

I can honestly say that I grew to hate Governor Abrecan so much that I wanted bad things to happen to him. He was the perfect evil villain, the kind you love to hate. He was more despicable the more you got to know him.

I was anxious the whole time to know if there would be a happily-ever-after or not. There was so much political intrigue and crazy plot twists that it kept me up at late at night wondering what would happen. I was really unhappy when some of the characters were killed off so soon. I was upset, I even cried, I was angry at the author, and it made no sense to me. But as I read on, I realized that it was essential to the plot of the book. I found myself falling in love again with other characters along the way. I wanted to personally go into the book and do bodily damage to Abrecan with all the things he did. I felt bad for his son. Who would want a dad like him, anyway?

I did wish that I could get to know the characters a little better in some places. I felt that time passed to fast at times, kind of like a mini-time warp. I wanted to hang on to what was happening and had to go back to see if I missed anything important. It was necessary for the story, though. I also found at times that I tripped over the words in a few places, like there were too many. I wanted to edit them out so it would flow a bit better. Some of the names took some getting used to, as well. I worked at different pronunciations until I felt comfortable with them. I only learned after I read the book that there was a guide for them on the author's website. You can click on it at the top of my review.

But once I got past those things, I fell into the book and couldn't stop reading. I made myself not look at the end of the book to see how it all finished, to see if the characters I loved were still there.

I really enjoyed reading this book. The scenes were vivid, the characters were distinctive and sometimes quirky. There was a great good versus evil theme that kept me turning pages. I recommend this book for anyone who loves romance set in medieval times. J. Lloyd Morgan is a vivid storyteller who weaves unexpected surprises along the way. I look forward to reading the sequel.

Disclaimer: While I did receive a copy of this book from the author, it had no influence on my opinion of the book, or on my review.
Posted by Debbie Davis at 7:14 PM

Debbie, your review served to increase my desire to read the book! I'll have to don my boxing gloves when I get to evil Abrecan. Too bad the pronunciation guide isn't in the book! Congrats on your first review! Your link worked perfectly well, as did your review! Good job!

Thank you so much for taking the time to read and review The Hidden Sun. As a first time author, all your comments and suggestions are extremely valuable. I'm glad you enjoyed the book!

Wonderful review! I enjoyed it very much.

Debbie, the link to purchase the book is slightly broken. :D
- Kyle

What a great review! I want to read this book now. You did a great job Debbie!

Thanks for sharing your review! Another book to add to my ever-growing list...

Hey Debbie. I gave you an award.

sounds interesting, I imagine the writer wrote the book for his four daughters :) Your review was lovely and informative.